And I’m…nowhere near ready to pop my shirt off.

Fuck.  I guess that means it’s time for another fat loss challenge.

Matty, Where You Been?

Yeah…I guess not posting anything for an entire year isn’t really cool, is it?

At the risk of offering up a fairly weak sauce excuse, I kinda, sorta, just got busy with other stuff.

Last time I posted in May 2017, I was living in rural Korea.  I am (very) happy to report that’s no longer the case.  I left in August, went back Canada, bounced around for a bit, and then moved to Japan a few months ago.

That’s been keeping me pretty busy.  I’ve also started a new side business that has been (and will be) occupying the majority of my time.

Matty, What’s The Deal With This Site?

I like this site.  It was one of my first online projects, and I feel like I learned a lot from doing it.

So I’m gonna keep at it.  I will, however, be posting a lot more infrequently.  I’ll put up weekly progress reports for the duration of this 60 Day Challenge, as well as posts on various fitness related topics whenever inspiration strikes.  But it definitely won’t be consuming a lot of my time.

With that said, I do plan on posting consistently.  Like I said, I like this site, and I love the fact that there are at least a few people who dig it and get some value out of it.

I also like the fact that this is essentially a long, multi-year, public diary of my health and fitness…which I think is kinda cool.

Matty, Why Are You So Damn Fat?

If you scroll down to the bottom of this post, you may notice that I’ve…ahem, gained a few pounds (to put it mildly).

The condensed version of it is this: went back Canada – stayed with Mom and Dad for a few months – ate Mommy’s cooking – stopped working out – got fat.

I’ve also been battling some injuries.  Over the last year, I’ve had a few nasty flair ups with my lower back that I, knock on wood, seem to have under control now.  I also had a minor shoulder dislocation, and I’ve been fighting some elbow pain.

All of this has really kept me out of the gym.

Guidelines For The 60 Day Challenge

My approach to this is going to be relatively similar to my previous 60 day challenges – with a few minor changes.

I’m still planning on approaching the diet with a mild caloric deficit in mind, shooting for 1-2 pounds of fat loss per week.  In terms of food choices, I always have been (and always will be) a big believer in flexible dieting, and I have no intentions of turning into a clean eating nazi anytime soon.

The biggest change is going to be the fasting.  If you kept up with my previous challenges, you know that I’ve had a lot of success with 5:2 fasting (i.e. two 24 hour fasts twice per week).

While this approach worked very well for getting fat off, I noticed that my productivity took a hit on fasting days, particularly in the last 6 hours of the fast.

And unfortunately, in the last year my workload (in addition to my waistline) has expanded dramatically, and I simply can’t afford to spend two afternoons and evenings a week slacking because I’m on the tail end of a fast.

In light of this, I’ll be switching to a daily 16 hour fast (basically fasting in the morning and early afternoon).  I’ve found this be a much more manageable strategy in terms of productivity, since the fast never ends up getting to the point where my energy starts to dip.

I’ll also be eating substantially healthier.  One of the major shifts for me over the last year is realizing just how important quality food is.  Not necessarily for weight loss (although it really helps), but just in terms of quality of life.

For you younger guys, you might not get it, but trust me – once you get to your 30’s, eating like shit really starts to take a toll on your energy levels and mood.

Now, to be clear, that doesn’t mean I’m forsaking Oreo’s and pizza – it just means I’ll be eating a lot less of them.

Right now, my biggest focus is fixing all of the nagging injuries and issues I’ve been having, particularly my lower back and my right shoulder.  Seriously, aesthetics are pretty damn far down my list right now.

All I’m looking to do for the next 60 days is to simply maintain the muscle I’ve already built while addressing all of the fucked up muscular imbalances I’ve developed over the last decade of lifting.

Specifically, I’ll be doing four workouts per week – two lower body (strengthen the glutes and hamstrings to get my back feeling better) and two pull workouts.  My shoulder’s feeling a lot better, and after it gets to 100% I’ll be adding one push workout as well.

My starting numbers are as follows:

Here’s what I look starting out (it ain’t pretty) 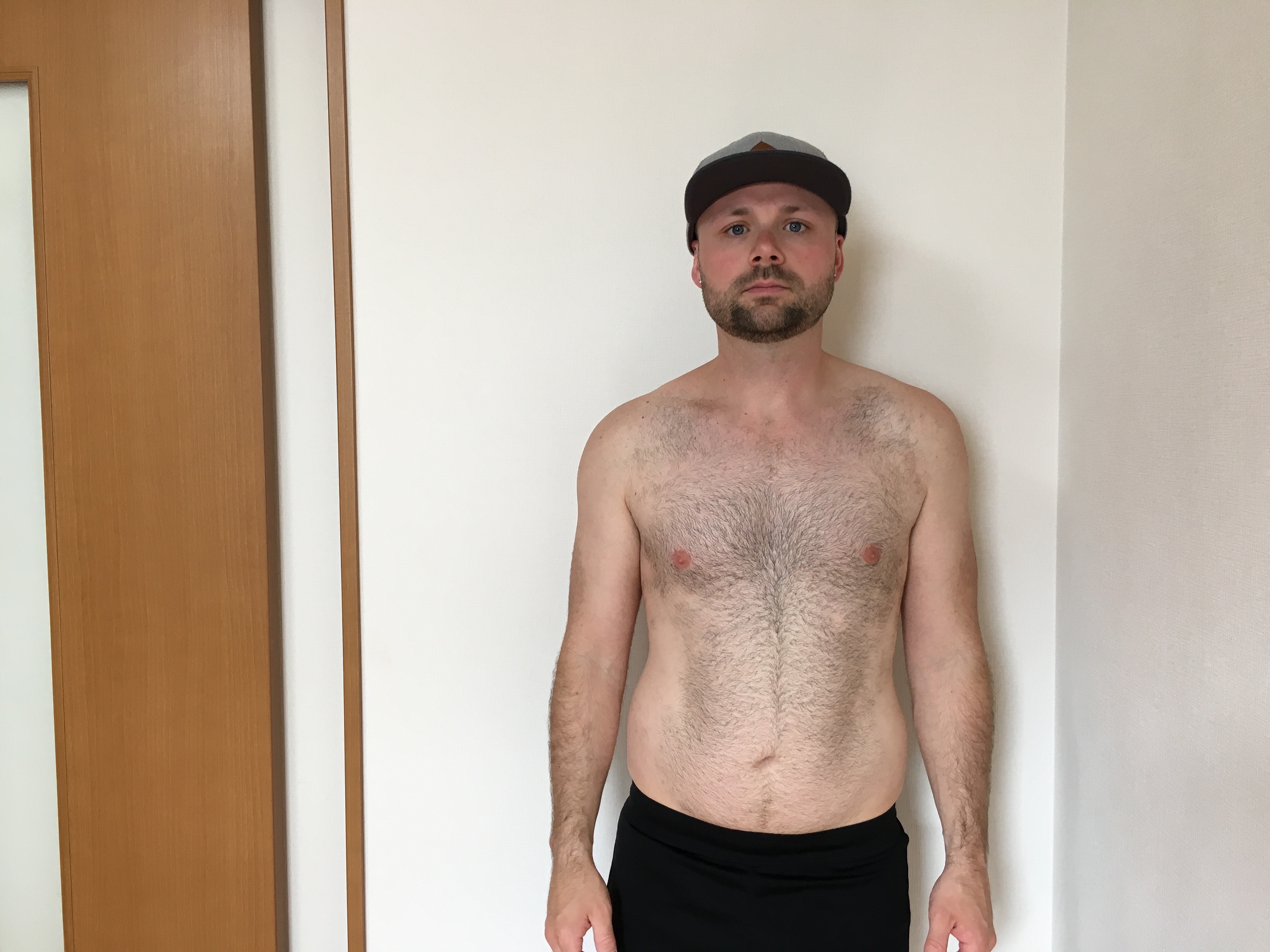 So, a bit ambitious given the fact that I’m using a mild deficit, but I definitely think it’s doable.