What It’s Like To Be Fat, Broke And Miserable

I got up off my blowup mattress. The air was freezing, so I booked it as fast as I could to the shower.

I stepped out and got on the scale. 185 pounds. Exactly what I’d weighed all month. I looked in the mirror, and saw my huge belly staring back at me. I hadn’t been to the gym in almost 3 months.

It was a depressing sight.

I threw on some clothes, laced up my work boots, and trudged through the thick, slushy snow to get to the train station.

I had to be at my job for 8:00am.  Everyday it was same routine- get off the train, and meet my ride to get to the shop. 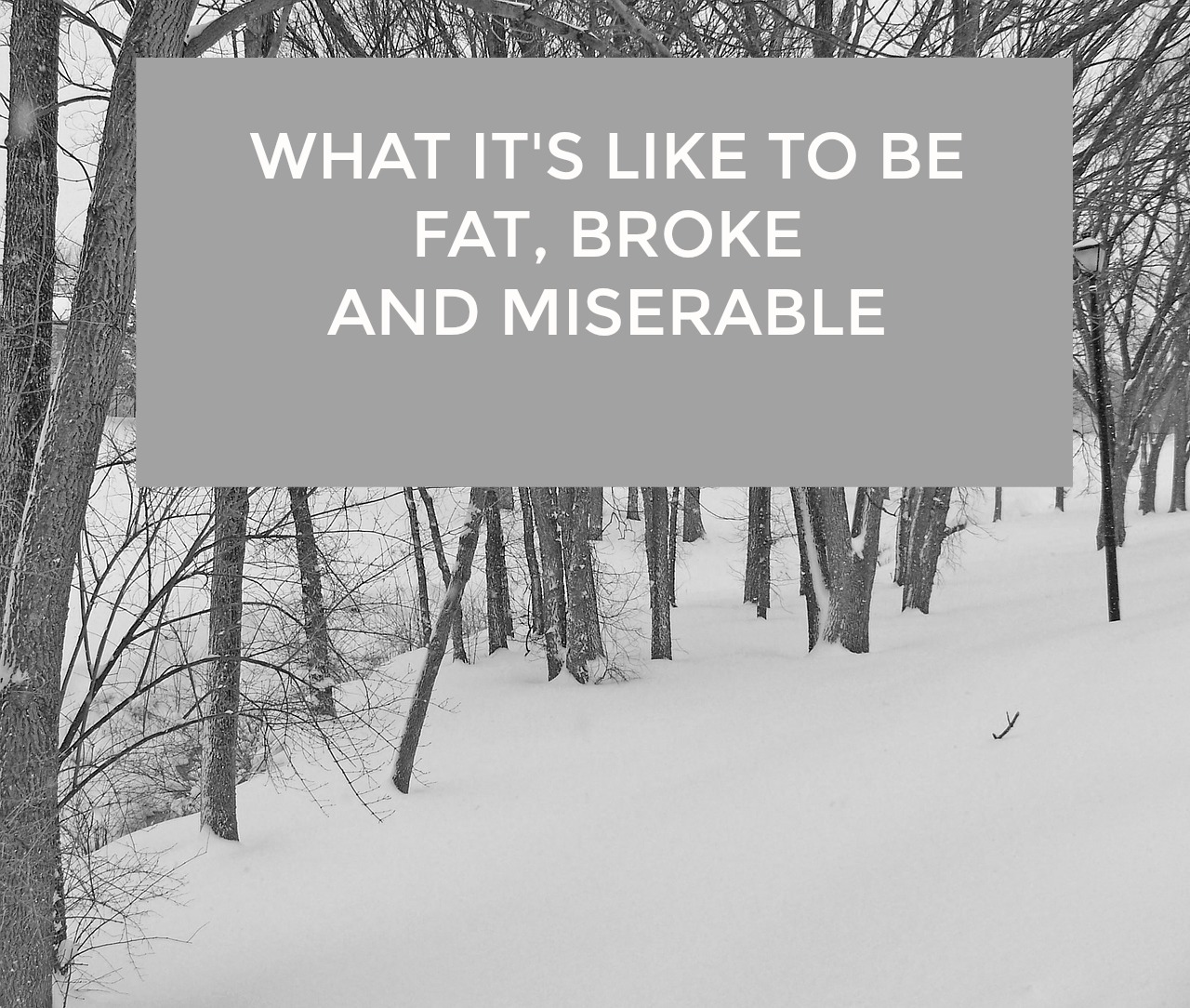 As I walked through the corridor, I stopped in front of the Tim Horton’s. I walked up to the counter and ordered my coffee, and looked over at the donuts and muffins.

I knew I shouldn’t, but I also knew that my entire morning was going to consist of unloading heating vents out of the back of a truck in -20 degree weather, and frankly, this sugary, doughy goodness was the only little bit of joy I was going to get out of the next 5 hours.

I got one of each.

I reached into my wallet to pull out some cash, but realized I was down to my last 20 dollar bill, and I didn’t get paid for another week. And I was going to need that cash to catch the train everyday.

I put the coffee, donut and muffin on my credit card. I had no idea when I would be able to pay any of it off.

What The Hell Happened To Me?

The year was 2013. I’d just come home from working in South Korea about 5 months prior to this.

During my time in Korea, I was in the best (at that time) shape of my life.

Now, a Thanksgiving, Christmas, and many, many drinks and meals later, I had not only gained back all the weight I’d lost while I was away, but I’d packed on extra.

On top of all that, life was not going the way I expected.  In February 2012, I moved from Calgary to Toronto with the goal of getting a job in the non-profit sector.

The problem was, I had done absolutely nothing about it.

I hadn’t dropped off any resumes.

I hadn’t done any networking.

Instead, I took the only job I could get. My uncle (who I’ll be forever grateful to) was kind enough to not only let me crash in his basement, but to help hook me up with a job at a construction company. 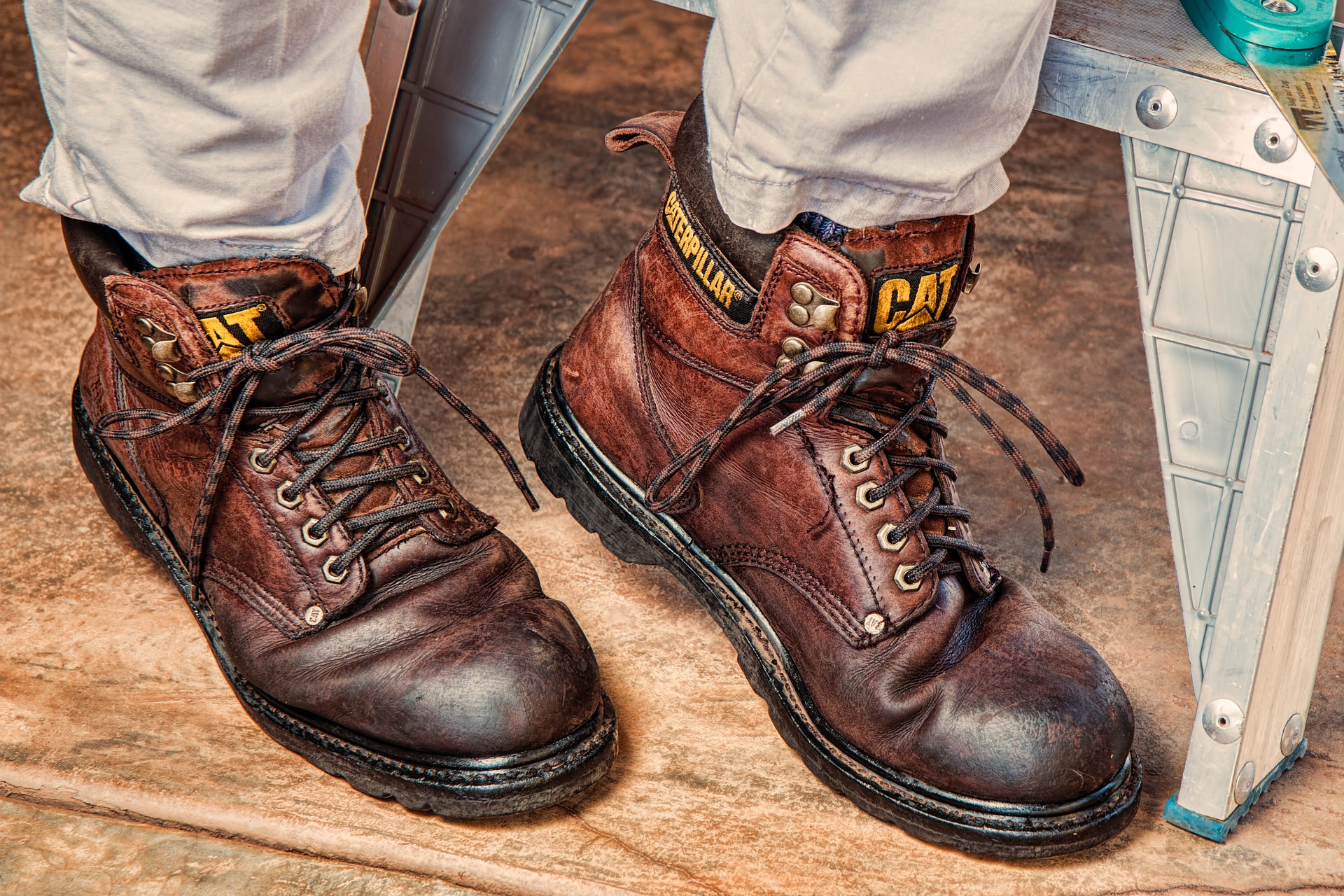 So every day I got to go to a shop and perform any number of odd jobs- unloading trucks, helping out on job sites, doing inventory (i.e. counting shit).

The job paid just barely enough to get by in a city like Toronto. But it left little in the way of anything else- having a social life, buying healthy food, or even getting a gym membership.

NOTE: I’m not shitting on construction workers in any way.  Those guys work DAMN hard, and a lot of them make really good coin.  But it’s not for me…and this particular job sucked HARD.

This experience was anything but fun.  In fact, some days it was downright horrible.

But at the end of the day, I’m grateful for it because of the lessons it taught me, not only about health and fitness, but about life.

1. Keeping The Weight Off Matters More Than Losing It: Back then I thought that all I had to do was just get the weight off, and the rest would take care of itself.

Little did I realize the battle had just begun.  I don’t care how much you’ve accomplished- if you eat like shit and don’t workout, you’re ass is getting fat…again.

2. Money Matters: Let’s get one thing straight- you don’t need to be rich to lose weight and fix your health.

But there’s a line.

You need enough for a gym membership.

You need enough for quality food.

You need enough so that you’re not constantly stressed by money (stress can easily lead to overeating).

4. Your Emotional Health Affects Your Physical Health: Remember how I talked about those little snacks from Tim Hortons being the the only thing that got me through my morning?

It’s incredibly easy to eat like shit when you’re miserable.

5. Your Environment Is Everything: This is THE most important lesson I learned.

My uncle and his family were amazing to me during this time, but the fact is that I had nothing going on in my life.

My job sucked, I didn’t know anyone in Toronto, and I was so broke I could barely go out.

Compare that to when I was living abroad- I was surrounded by like-minded people, went out regularly in one of the most exciting cities in the world, and was constantly being challenged and stimulated- the new language, the new culture, being forced to navigate my way around. It all forced me to stay sharp.

Not now. I had fallen into the same routine everyday, and it was making me lazy and complacent.

How I Fixed It

I hate complacency.  I’ve never been one to sit around waiting for something to happen.

I realized that things were not going the way I had envisioned them, and if I didn’t do something drastic to change that, they were only going to get worse.

But I realized something else…I wasn’t really that happy in Canada.

And I’m not saying that to hate on my country. I love Canada. My family and my best friends are in Canada. 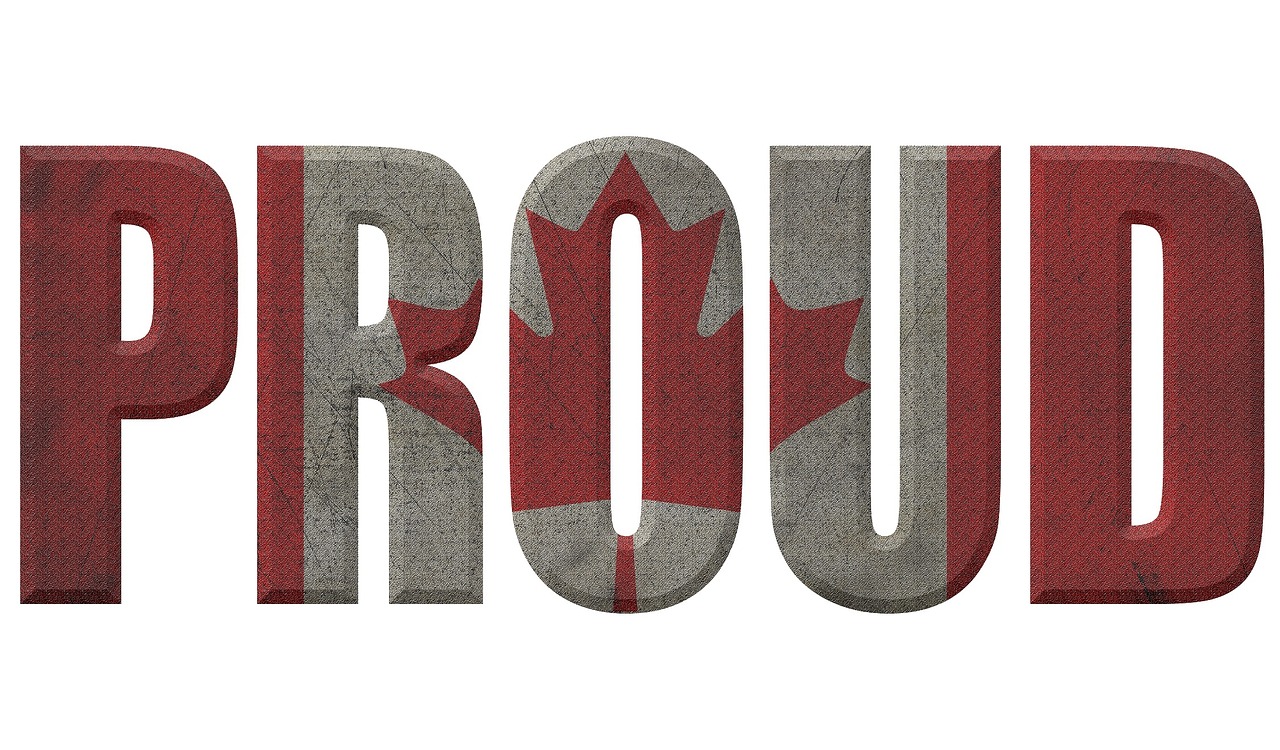 But, at this point in my life, it’s not for me.

I missed travelling. I missed being able to meet so many like minded people so easily.

I missed the challenge of living in a foreign country where I didn’t speak the language or totally understand the culture.

Remember how I said environment is everything?  I truly believe that.  And I knew the environment I was living in wasn’t helping me, both in terms of my health and happiness.

Shortly after I arrived in Toronto, I had applied for a job in Japan.  It was a really competitive position, and at the time, I only applied for it as a Plan B in case things didn’t work out.

But in April I got an email notifying me that I’d been accepted to start in August.  They wanted to know if I would accept the position.

It took all of 10 seconds for me to decide. In August, I packed my bags and moved halfway around the world.  And I don’t regret it for a second.

It’s been a little over three years since I made that move.

During that time I gradually lost 30 pounds (and kept it all off).

I eat quality food.  I’m not rich, but I’m no longer broke, and I have a social life that I love, surrounded by friends that challenge me to improve myself.

I have a job I enjoy that gives me the energy to workout hard.

I’ve taken on new projects, learned Japanese, and travelled to places a lot of people will never get to see.

Lessons For Others Who Are Struggling.

If you’re unhappy with where you are in your life, and especially if you feel like it’s affecting your health and fitness, you need to change it.

You don’t need to move all the way to Japan like I did.  But you do need to make some changes.

Most importantly, get out of your routine.  If I could leave you with any piece of advice, that would be it.