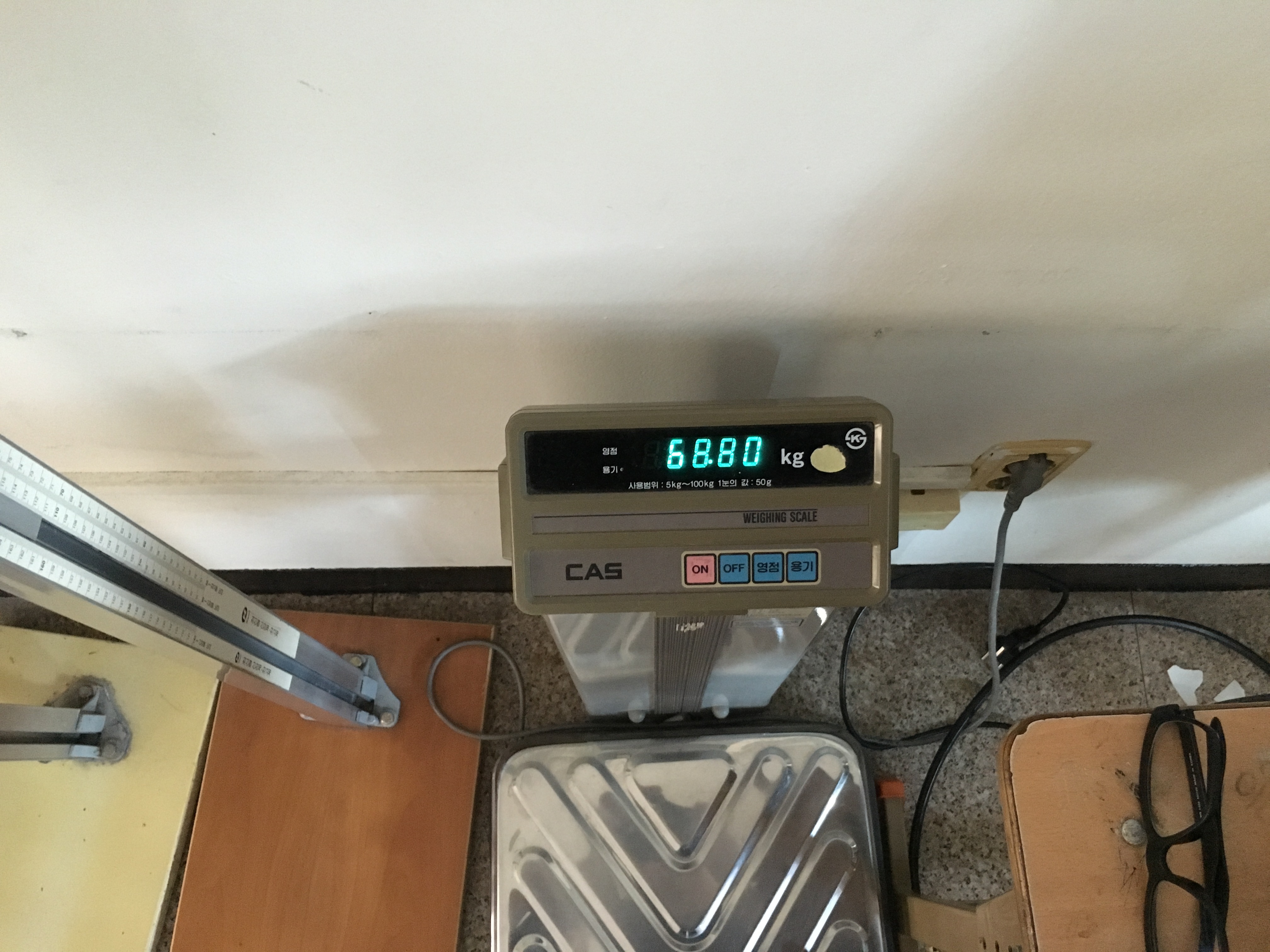 I was actually a little worried by how this weigh in was going to go.  I went to Busan over the weekend, and I definitely indulged in some eats (Busan has amazing food).

Now, I knew that I was going to be doing this, so I planned for it in advance by deliberately keeping my calories lower over the course of the week.  Still, I was a little nervous stepping on the scale knowing that I had eaten so much over the weekend, but shit man, it all worked out!

Considering that I’m not even halfway into my 60 days, this is awesome, and I’m very happy with my progress.  If I can keep this up, I’ll shatter my goal.

One of the methods I’ve been using over the past 2 weeks or so if a certain technique called intermittent fasting.  I’m going to be writing a mega post soon on intermittent fasting, but if you don’t know what it is, it’s essentially exactly what it sounds like- temporarily fasting and going without food (I’ll explain in the article why this is actually a good thing and is very healthy despite what the “experts” would have you believe).

There’s a number of different ways to set up intermittent fasting, but the way I’ve been doing it is the 5/2 method.  Basically, I do two 24 hour fasts per week (so basically 2 days of fasting).  On the other days, I typically eat slightly under my maintenance calories.

It’s only been two weeks, but I’ve really been digging this setup!  24 hours of fasting is not NEARLY as hard as people think it will be, and it means that I can achieve a large calorie deficit and eat almost at maintenance calories 5 days a week.  For me, it’s superb so far for appetite control and basically feeling like I’m not really on a diet.

I will say that I have noticed a loss in strength at the gym.  I’m not really concerned, as it hasn’t been major, and is to be expected any time you’re in a calorie deficit.  I also highly doubt I’ve lost any actual muscle mass.

I’ve only lost about 2 reps on my bench press, and frankly, this can probably be explained in terms of strength relative to body weight (if I weigh 5 pounds less than I did 3 weeks ago, it stands to reason that I won’t be as strong).  Still, just to hedge my bets, I’m going to up my protein by a little bit.

Other than that, I’m just executing the program!  Here’s some pics from this week.