Weight Gain Mayhem: How I Screwed Up My Holiday Diet 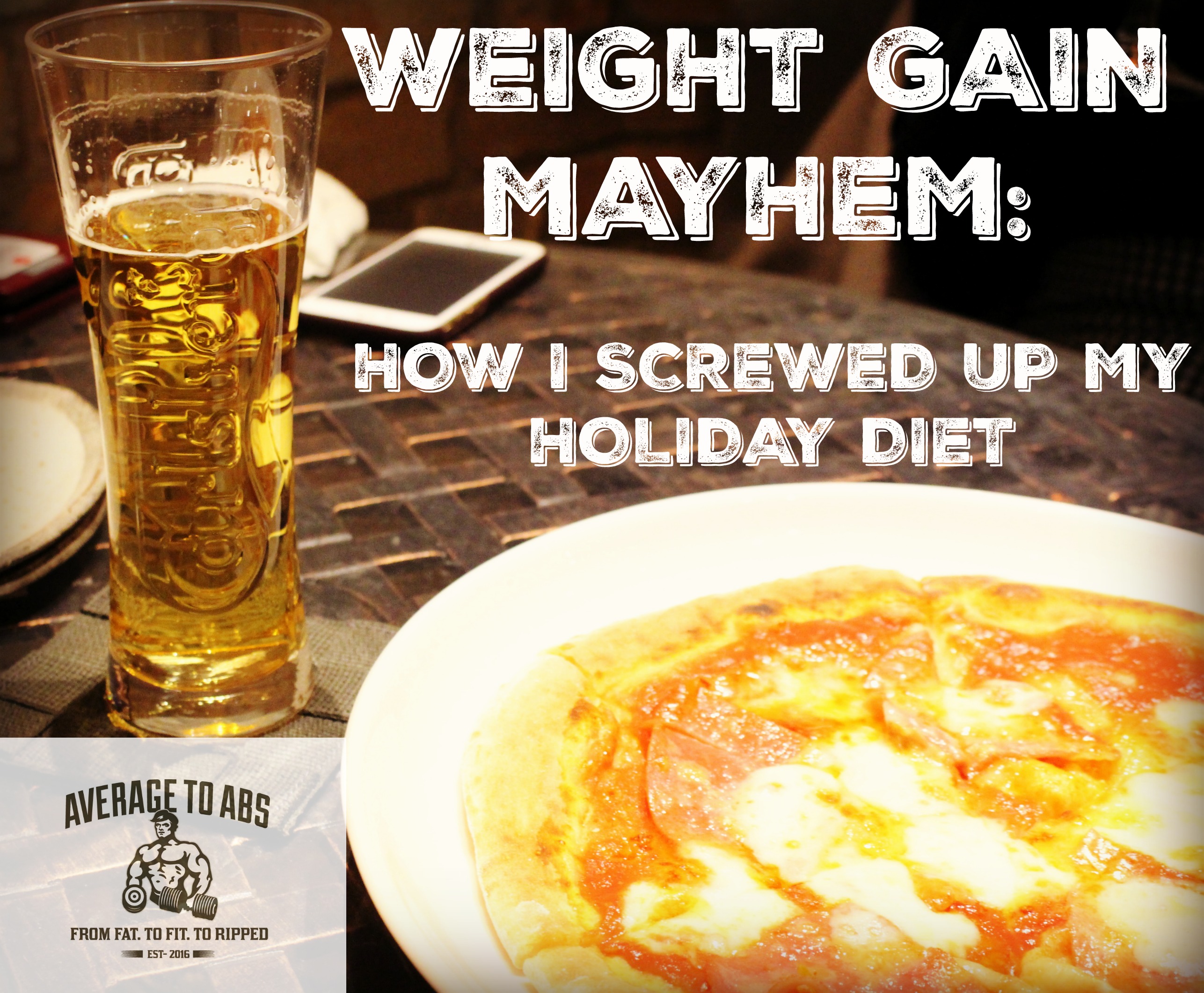 One of the perks of my job is the holiday time.  Today is January 27th.  Tomorrow, I’ll be catching a plane and heading back to Korea, and on Tuesday I’ll be back at work, thus wrapping up a month of vacation.

It was a MUCH needed break.  The combination of work and my unusual living situation was starting to get to me.  So the chance to get away for an entire month, see new places and meet up with old friends was absolutely awesome.

Over the past few weeks, I haven’t had access to a scale, but have been trying to keep track of my waist with a tape measurer.

At first, it wasn’t too bad.  It only creeped up half a centimetre, despite eating food in quantities that were, ahem, less than optimal for fat loss.

I thought I’d somehow cheated the system…who knows, maybe going through that fat loss diet somehow up-regulated my metabolism, so that at 5’6 I could now somehow eat in excess of 3500 calories per day and maintain my current weight.

Negative.  Over the past week in particular, the number on the tape measurer has been going up…and up…and up.

Last I checked yesterday, my waist was at 82 cm.  That’s a 2 centimetre increase from the 80 cm I started at…at the beginning of January.

To put that in perspective, every centimetre on your waist (roughly speaking of course) corresponds to about 2-3 pounds of pure fat. 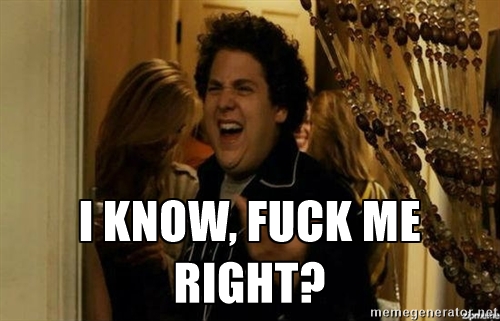 I’ll be checking my weight next Tuesday, but right now based on that waist measurement alone, I figure that I’ll probably be at about 69 kilograms (152 pounds), up from 67 kilograms (147.5 pounds).

Which is pretty tragic.

What The Hell Happened?

To be honest, I was a little embarrassed to do this post, but ultimately, I think it’s important to talk about.

It’s important that I show my successes and failures, and more importantly, talk about the lessons that I learn from them.

So, what happened?  How did I screw this up so bad despite my best intentions to stay on track?

I know, I know.  The answer is obvious- I ate too many calories.  The big question though is why?  And how can prevent it from happening next time.

I thought long and hard about it, and essentially I can narrow it down to about 4 factors that killed me.

1. Snacking Throughout The Day

This one absolutely killed me.  I remember back when I was getting started with fitness, there was a huge emphasis on eating regular meals plus a whole lot of snacks throughout the day.

Turns out that advice is dubious for scientific reasons, but in my case, it’s also a problem for psychological reasons as well.

It’s really hard for me to keep track of my macros when I’m snacking.  It’s also really hard to know if I’m truly hungry or not when I constantly have food in my stomach.

Throughout this trip, I had days where I thought I’d only eaten 2000 calories, but when I totalled it up and did the math, it was well over 3000.

The bottom line- it’s a hell of a lot easier to keep track of this shit when I’m only eating two or three times per day.

There’s something about keeping regular hours (i.e. waking up and going to sleep at the same time) that makes dieting a lot easier.

It really simplifies the process knowing that if you wake up at 8:00am, you’re going to have your first meal around 1:30pm, and your second meal around 8:30pm (at least that’s what I like to do).

It takes a lot of the guesswork out.

I kept some weird hours over the course of this trip, that’s for damn sure.

Some days I would wake up around 9:00am.

Some days I would wake up around 3:00pm because I was out until 5:00am the previous night.

All of that affected my ability to gauge my meal times (and ultimately lead to the snacking I talked about).

It also seems to increase appetite.  This is most likely due to the body’s circadian rhythms, and the fact that most people are hungrier at night regardless of food intake throughout the day.

So when you wake up at 3:00pm and the sun goes down a few hours later, it’s only natural that you’re going to want to eat more.

There’s also a hormonal component to it.  When your sleep pattern is constantly being interrupted, the quality of your sleep suffers as well.  This not only leaves you tired during the day, but that fatigue leads to a lack of leptin production, which interferes with your body’s hunger mechanisms.

(This, by the way, completely mirrors my experience as a college student years ago when I was working weird hours and then not having to wake up for class until noon.)

You may be sick of hearing me talk about this, but I have to.  I know it’s not for everyone, but for me personally– intermittent fasting has been one of, if not the biggest reason I’ve been successful in losing weight.

I had good intentions going into this.  My plan was to stick to my fasting schedules.  Didn’t happen.  I only did one full day fast (I attempted a few other, but abandoned them before the 24 hour mark).

That would have really helped me out.

As for sticking to water and coffee in the morning…I was a little bit better, but the problem was diligence and timing.

Again, the irregular hours (combined with horrible food choices) made it tough.  I found myself waking up in the afternoon and going “when was my last meal again…ah fuck it, I’ll just have a cookie with my coffee“.

Not gonna cut it.

I did an entire post on how to drink socially and do it properly.  Too bad that for the last few weeks I didn’t practice what I preach.

I lived in Japan for about 3 years before this, so coming back for holiday is a little like coming home.  It was a lot of meeting up with old friends.

Which was AWESOME.  However…there was a lot of booze involved.

Going out for a few drinks led to 7 or 8 beers taken down by the end of the night.

Plus, I didn’t take my own advice and use any of the strategies I’ve developed to mitigate the damage. 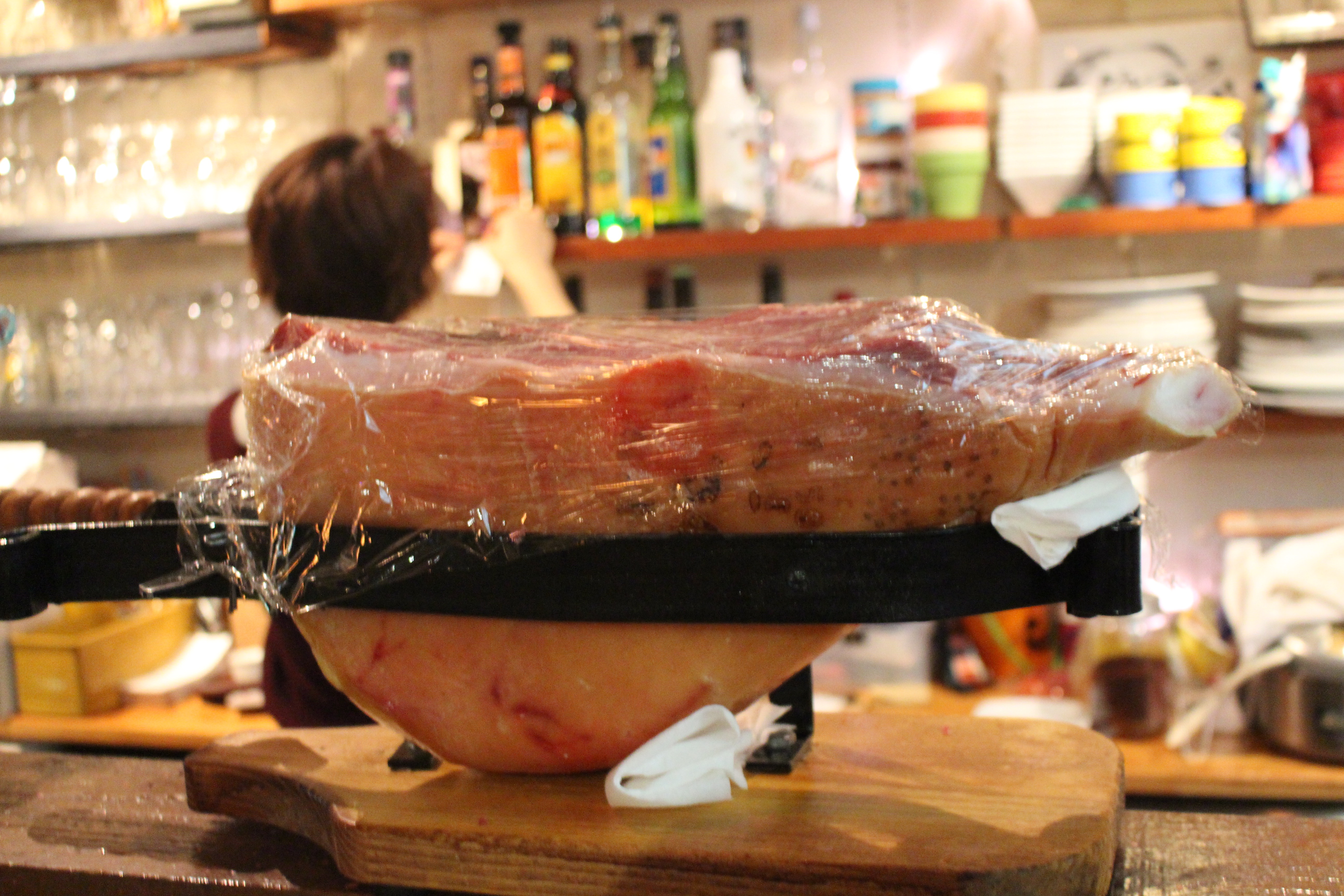 My Plan From Here

In a couple of weeks I’ll be doing another 60 day challenge.  This time, I’m planning to drop down below the 10% body fat mark and finally get those abs I’ve been wanting since I was 12.

However, I can tell you what I WON’T be doing in the meantime- and that’s freaking out and doing something drastic.

I gained weight over this trip.  I’ve accepted that.  I’ve made peace with it.  I’m not going to go on some ridiculous crash diet next week to fix it.

I’m going to ease myself back into my ordinary diet.

I’m going to get my intermittent fasting in place.

I’m going to get a proper fat loss plan together, and execute on it.

I’m going to do this right.